For those of you who choose not to build your own Steltman chair, and have always wanted oneair covered in leather or felt, well now's your chance. Over at rietveldoriginals.com you can see the following new offerings:

First up the felt version: The Steltman chair in felt was built exactly according to the original drawings of Gerrit Rietveld. However instead of using white leatherette this chair is upholstered with felt from ‘De Ploeg’, a Dutch manufacturer of fabrics with whom Rietveld already had a long history. Rietveld designed De Ploegs factory in 1957 and used their fabrics on several of his designs. The Steltman Felt has a very special appearance and is surprisingly comfortable.

The Steltman Felt is available in 4 colours from the De Ploeg Vilano collection: blue, red, beige and yellow.

Next is the leather version: 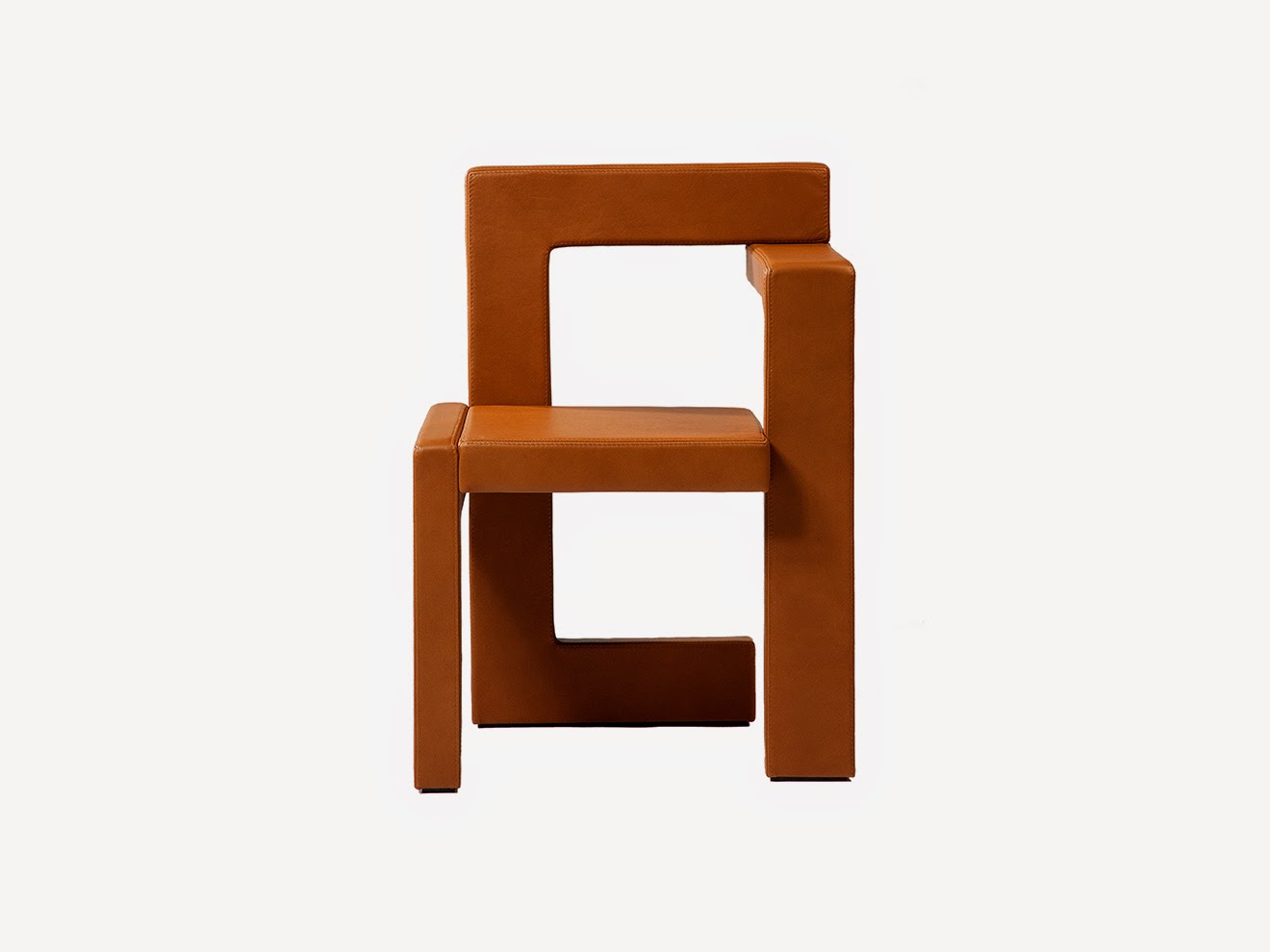 The Steltman chair in a leather version, build according to the original 1963 Rietveld design. The faux-leather upholstery of the prototype has been replaced by special leather made of English bull hides: timeless, strong and still modern. The Steltman is availabel in several colours from the Ohman Misto collection. This chair is ‘camel’ number 3399.

And a limited edition version: 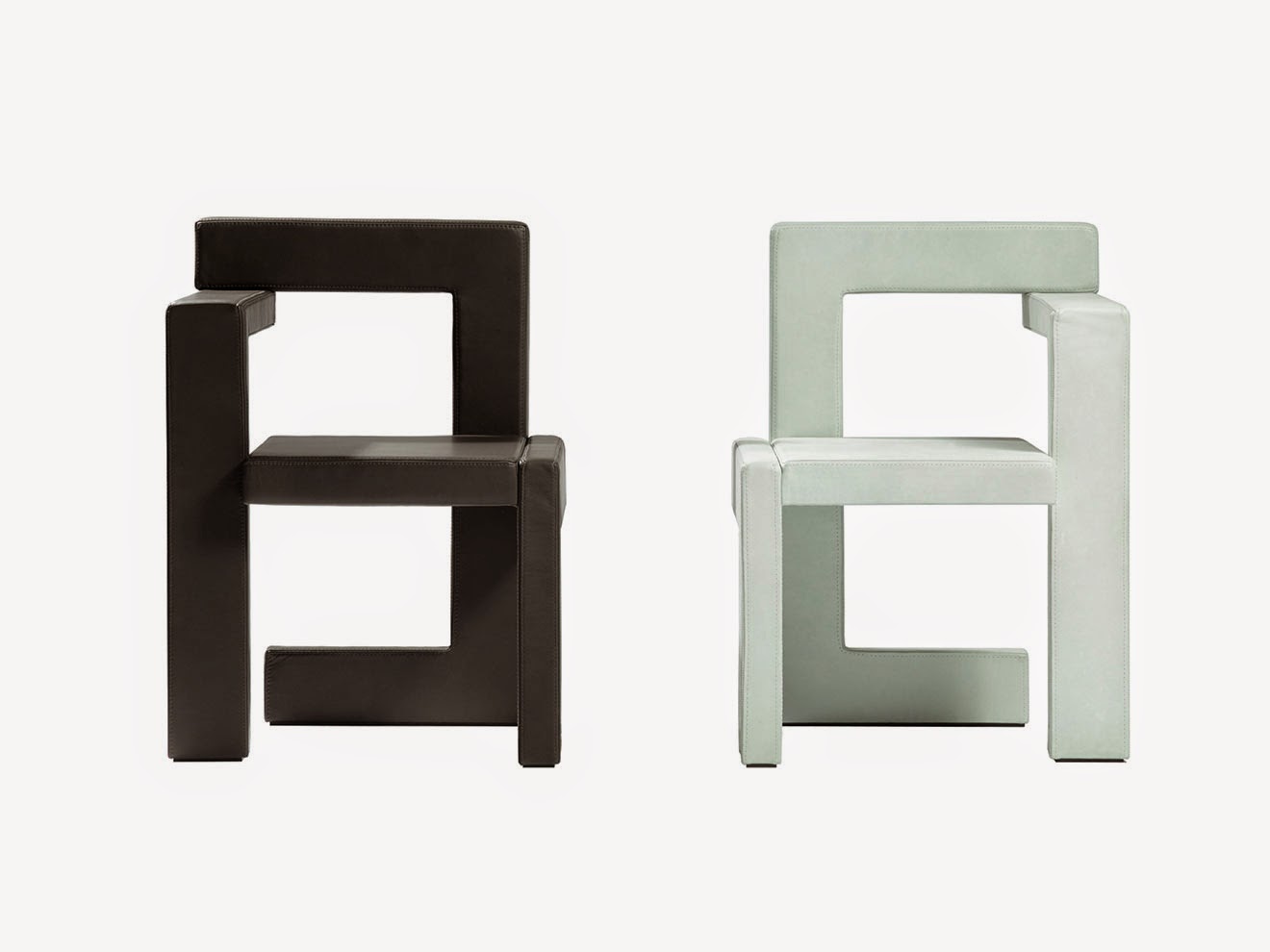 Rietveld Originals has issued this Limited Edition of the Steltman to celebrate its 50th anniversary as well as the rerelease of the chair. It is the first time that the chair is available in the original leather version as designed by Rietveld. The exclusive edition consists of just 50 right-facing and 50 left-facing chairs, produced in two special leather versions: the original white leather, but also a distinctive gray-brown version. The original logo that Rietveld designed for Steltman Jewelers in 1964 is featured beneath the seat. Each chair comes with an exclusive gift box containing information about the history of the chair, photos and a certificate signed by Rietveld’s grandson Egbert Rietveld.
In 1963, Johannes Steltman, a jeweler in The Hague, commissioned Rietveld to refurbish his shop on the Noordeinde. Rietveld had extensive experience in the refurbishment of shops, often opening up the façade in order to attract customers. For Steltman, the work focused mainly on the interior. However, it soon became clear that Rietveld’s austere design was too modern for Steltman’s conservative clientele and most of the design elements were removed a few years later. Nonetheless, Rietveld’s chairs, designed for couples to sit on when they picked their wedding rings, became world famous. The two asymmetrical chairs are each other’s mirror image and together form a unit – a beautiful symbol for the future spouses. One of the two original Steltman chairs is on display at the recently reopened Rijksmuseum. This new edition of the Steltman shows that we aim to recreate these pieces today in their original form. Thanks to improved technique and material use, we have delivered a product that we are proud of!


You can order your own Steltman Limited Edition for € 3,745.

Rietveld Builder
San Francisco, California, United States
Gerrit Rietveld fan, and I know how to make lots of sawdust too.